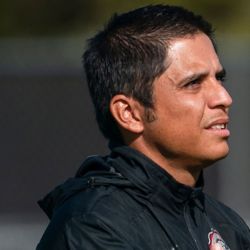 As a student-athlete himself, Valencia was captain of the NJCAA National Champion Yavapai College soccer team in 2007 and held the record for most games played and most games started in the program’s history. He then transferred to UNLV and played for the Rebels from 2008 to 2010.

“We are thrilled to welcome Camilo and his family to Mohave County and the MCC family,” said MCC President Dr. Stacy Klippenstein. “Camilo is among the best in the sport and I know he is the right person to help us build premiere men’s and women’s soccer teams that will make the entire region proud.”

Before stepping into coaching, Valencia played professionally in the Colombian first division for Cortulua and Boyaca Chico and in Argentina for CSD Flandria. Additionally, he played for the U-20 Colombian National Team in 2003.   He joined the University of Nevada – Las Vegas (UNLV) Rebels Men’s coaching staff in 2016 and most recently served as the interim Head Coach. During his time in Las Vegas he helped guide the Rebels to a WAC Tournament Title and the second round of the NCAA Division One Championship Tournament.

“I am extremely excited about this opportunity to become the first-ever Soccer Director and Men’s Soccer Head Coach at MCC,” said Valencia.  “This is a unique opportunity to start an athletic culture and tradition that will directly impact the College, the County and the tri-state region in a positive way.”

He has a long list of awards and accomplishments, which include helping dozens of student athletes reach success on and off the field.  In just the past couple of years, 25 of Valencia’s student-athletes earned Academic Honors and were named to the Academic All-WAC (Western Athletic Conference) team.

“This is an exciting time for MCC and northwestern Arizona, and I believe we attracted and hired a stellar coach with not only experience but a passion for student-athlete development on and off the field,” said Dr. Tramaine Rausaw, MCC Vice President of Student and Community Engagement who also led the national search for the college’s first athletic coach.  “Camilo has a mindset and a vision that perfectly aligns with the College’s strategic goals and he has the energy, determination and mentality it will take to craft Bighorn soccer into a state powerhouse and national contender.”

Valencia is no stranger to Mohave County or hot weather, and having lived in Las Vegas for the last nine years he enjoys the desert climate.  During his recent visits to the Bullhead City campus, where the MCC soccer teams will be based, he said he felt very welcomed by the college and community.

“The support I felt from the administration and the community combined with the challenge of building something from the ground up and spearhead an athletic department that a whole community will be proud of, convinced me that MCC was the perfect place for me,” he said.  “Also, the soccer facilities are really impressive and will help in our success in recruiting top student-athletes.”

The Bighorn soccer teams will practice and play at the Anderson Auto Group Fieldhouse and Firebird Field in Bullhead City.  They also plan to host tournaments, clinics and other games in Kingman and Lake Havasu City.

Valencia was born in Washington D.C. and raised in Cali, Colombia.  He attended Yavapai College 2006-2008 where he earned an associate degree in Business. He then attended UNLV from 2008-2011 where he earned a bachelor’s degree in Business Marketing.  He also earned his master’s degree in Exercise Science and Health Promotion from California University of Pennsylvania in 2016. He holds a United States Soccer Federation (USSF) “B” License and National Soccer Coaches Association of America (NSCAA) National and Advanced National Diplomas.

He and his wife and two young children are looking forward to calling Mohave County home. His first day on the job at MCC will be August 1.

The college will soon be hiring a coach for the women’s soccer team, and player recruiting will begin this year.  The college plans to have the teams ready to play competitively in the NJCAA fall 2023 season. 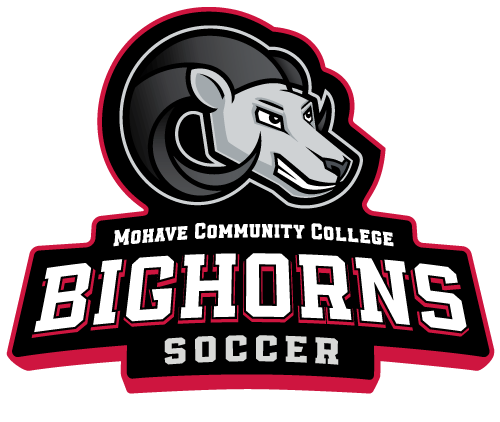